A brighter outlook is forecast for the Vietnamese economy in 2015 and the following years amid difficulties and challenges, according to economic expert Nguyen Minh Phong 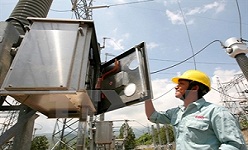 77 plants to join electricity market in 2015

Seventy seven power plants are expected to directly join the electricity market in 2015, accounting for nearly 70 percent of the total capacity of the entire national power system.

A wind power plant in the Mekong Delta province of Bac Lieu contributed 31 million kWh of power to the national grid after one year of operation.

Construction on the first nuclear power plant will be delayed for a couple of years instead of the 2014 schedule to ensure optimum safety and security, Science and Technology Minister Nguyen Quan has said.

Over 1 trillion VND for power projects

The Bank for Investment and Development of Vietnam (BIDV) has signed a contract to provide a loan worth over 1 trillion VND (about 470 million USD) to the Electricity of Vietnam’s National Power Transmission Corporation for three power transmission projects.

The Central Power Corporation under the Electricity of Vietnam (EVN) inaugurated a power station on July 20 in the central province of Quang Tri. 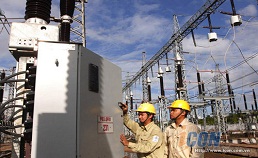 Surge of power plants to plug into Viet Nam market

An additional 16 power plants will join Viet Nam’s competitive energy generation market this year, bringing the total number of such plants to 48.
More »

Viet Nam's biggest power plant project is now on track to swing into full operation next year as scheduled, the Electricity of Viet Nam (EVN) has said. 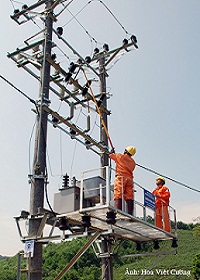